On 1 August 2022 the new ‘Red Line’ train service began operating between Bang Sue Grand Station, north of the citry centre, and Don Meuang Airport.  When this overhead line is completed it will run into the city centre and terminate at Hualampong Station.

Bang Sue Grand Station may not be a name you are familiar with.  It is Bangkok’s new railway and transport terminal and the largest station in South East Asia.  Due to the coronavirus epidemic it hasn’t begun operating fully, but when it does it will replace the 100 year old Hualampong station as the starting off point for rail journeys to the north and south of Thailand.

In the past the only option for traveling by train into the centre of Bangkok was to take one of the infrequent slow diesel trains that made a stop at an old station opposite the airport.  Those days are now over thanks to the new Red Line.  Fast electric trains will now operate on this new line which runs from Taling Chan in the western suburbs of the city to Rangsit in the north.

During the initial three month trial period the service is free for passengers.  Trains run every 15 to 30 minutes from 6am to 8pm.  However, once the country re-opens for tourism and international visitors return, the frequency will increase and operating hours will be extended. Fares are expected to be from between 12 – 42 Baht, depending on distance.

The trains all consist of four carriages which can carry a total of 550 people. At present, occupancy is limited to 50% of this due to social distancing measures.

At Bang Sue Grand Station, commuters can transfer to the MRT’s Blue Line, which is further connected to other lines. Commuters can also take the Pink Line monorail at an interchange at Laksi station.

Unlike Suvarnabhumi Airport where the train station is located within the main airport terminal, the station at Don Meuang Airport requires a bit of a walk to get to.   So isn’t as convenient as simply hailing a taxi outside the Arrivals area.  In total it is around 5 minutes walk

From the Arrivals area follow the signs for ‘MRT Red Line’ . This entails walking the length of the terminal and heading through the car park building.  As you exit the older car park you are greeted by the sight of shiny new signs to the ‘Train Station’ and a new, air-conditioned glass walled walkway which gives you a good view of the train station.

The first thing you may notice is that it’s a very large building.  This is because the station isn’t only used for the Red Line trains.  It will also be a stop for new high speed trains which will operate between Bangkok and the north and north east of Thailand.

Tickets are dispensed by automatic machines that take cash.  And there are also manned ticket offices where large bank notes can be changed and change obtained. 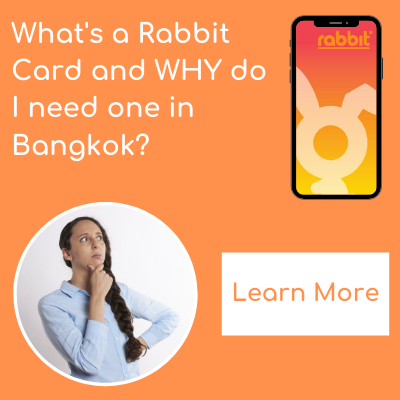 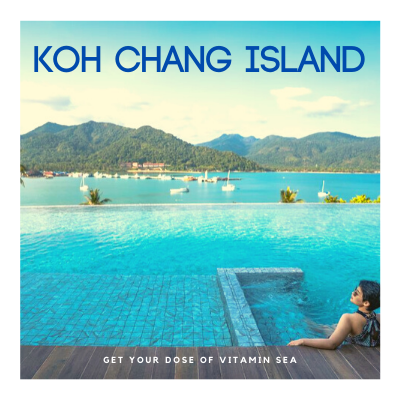 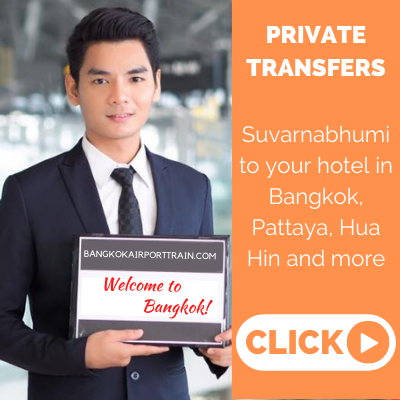